Some basic information on the history of the EDA foundation.

In 2009 Wim Hink did voluntary work in Can Tho in South Vietnam. He did work in orphanages, in a hospital and also gave English class to poor children and orphans. Below an action picture on English class in Thien An orphanage. 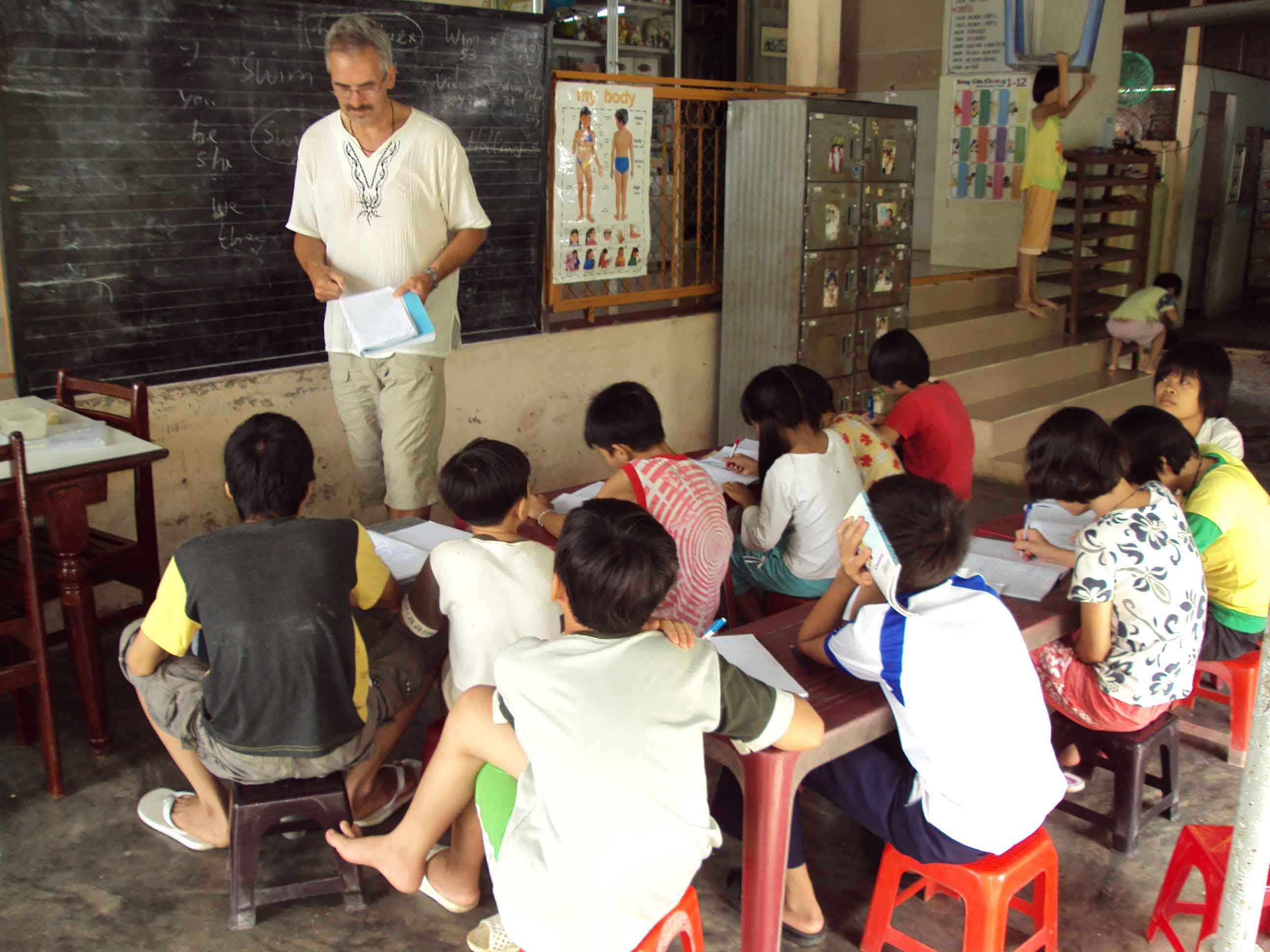 At first Wim raised funds for the benefit of the Thien An orphanage, which had financial problems. Thanks to a substantial contribution of Kiwanis Westfriesland serviceclub (16.000 €) a total amount of 25.000 € was raised. With this amount of money, plus some other contributions, the orphanage will be able to survive the year 2011. Meanwhile the management is building on preserving an own way of income.

At the beginning of the year 2010, after a second visit on the area, Wim Hink decided to start up education development projects. To be more precise concepts which should work in different places in Asia. Together with two friends Wiert van der Meer en Reinier van Markus on March 25 2010 the Education Development Asia foundation was founded.